Pain… just thinking about it makes you wince right? What won’t we do to be free of the clutches of pain. From popping pain killers and trying home remedies to alternative therapies like acupuncture–many of us have tried it all to be free of chronic pain. But what if we told you that you can beat pain with kindness?

Don’t get us wrong–we’re not asking you to embark on a spiritual journey. Rather, we’re just quoting a scientific research that claims that altruism can help you deal with chronic pain and also give you an increased lifespan.

For the uninitiated, altruism involves putting the interests of others before your own, like volunteering.

Can altruism really reduce physical pain?
According to a 2017 study, acts of kindness led to reduced levels of pain in volunteers who were suffering from chronic pain issues.

New research on this phenomenon attribute the pain-reducing effect of altruism to its ability to deactivate the regions of the brain that respond to a painful stimulus.

The first one revealed that the participants who volunteered to donate blood to earthquake victims had a reduced sensation of pain as against the ones who underwent a routine blood test. In this experiment, the blood donors showed better outcomes in spite of being pricked by a larger needle.

Another study observed the effects of discomfort caused by cold on participants who volunteered to revise handbooks for children of migrant workers. It turned out that the people who volunteered in the selfless act suffered less pain as compared to those who didn’t.

The next study asked cancer patients suffering from chronic pain to cook and clean either from themselves or for others. The participants reported a significant reduction in pain when they were working for others. The pain-reducing effects fell by 62% as compared to those who only worked for themselves.

The study that put forth the most compelling evidence tested the pain response of participants who were asked to consider donating money for orphans. Electric shocks were administered on the hands of the subjects while they were placed inside an MRI machine.

The pain centres of the volunteers who donated money reacted less intensely as compared to the ones who didn’t give any donations. Moreover, the subjects who believed that their contribution would be more helpful towards the cause were less responsive to the painful electric shocks. So, an inverse relation was seen between the perceived usefulness of the altruistic act and the degree of perceived pain.

Previous research has established a link between kindness and the activation of the brain’s reward centres. Thus, reduction in pain when combined with a rush of happiness can synergistically improve our health and help us live longer.

Tips to Stay Fit At Home in Lockdown

What is CoronaVirus? Symptoms & Preventions of Covoid-19

Tips to Stay Fit At Home in Lockdown

What is CoronaVirus? Symptoms & Preventions of Covoid-19 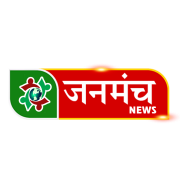 It ain’t a myth! My #momsays and ayurveda proves that drinking cold water can make you fat

Can cancer really be prevented? Well, hear it from an oncologist

Myths about coronavirus debunked. Here’s why you shouldn’t fall for them

Coronavirus kills 425 in China as country admits ‘shortcomings’ in response